Diblâtus Bâssomedeticnos is a fully fledged member of the Toutâ, completing their datlâ certification in September. Practicing in Montreal, he is a photographer and fiber artist.

For this project I decided to work on a devotional piece of Lugus. I was surprised to feel a calling to him because normally I am more attracted to Underworld type deities, but while writing my ritual for a previous lesson it felt very strongly that I should address Lugus, so I decided to continue with him for this project.

I chose to do embroidery, because it is a type of art that allows me to enter a meditative state and weave prayer and intention into the work. Before I started, I did some research to figure out the design I wanted to do first. I based my design on items found in archeological digs of gaulish artefacts, namely the Agris helmet, and an altar depicting the tricephalic Lugus found in Reims. I also opted for floss colours which would have been available in the Gaulish community at the time of la Tene. 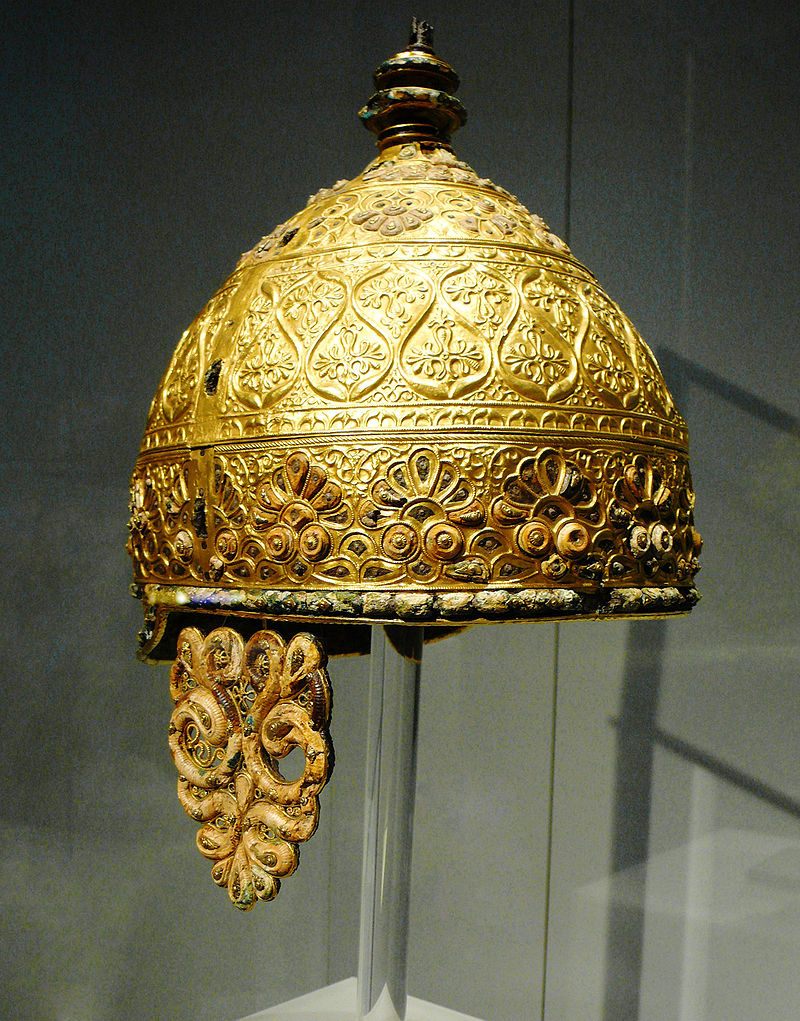 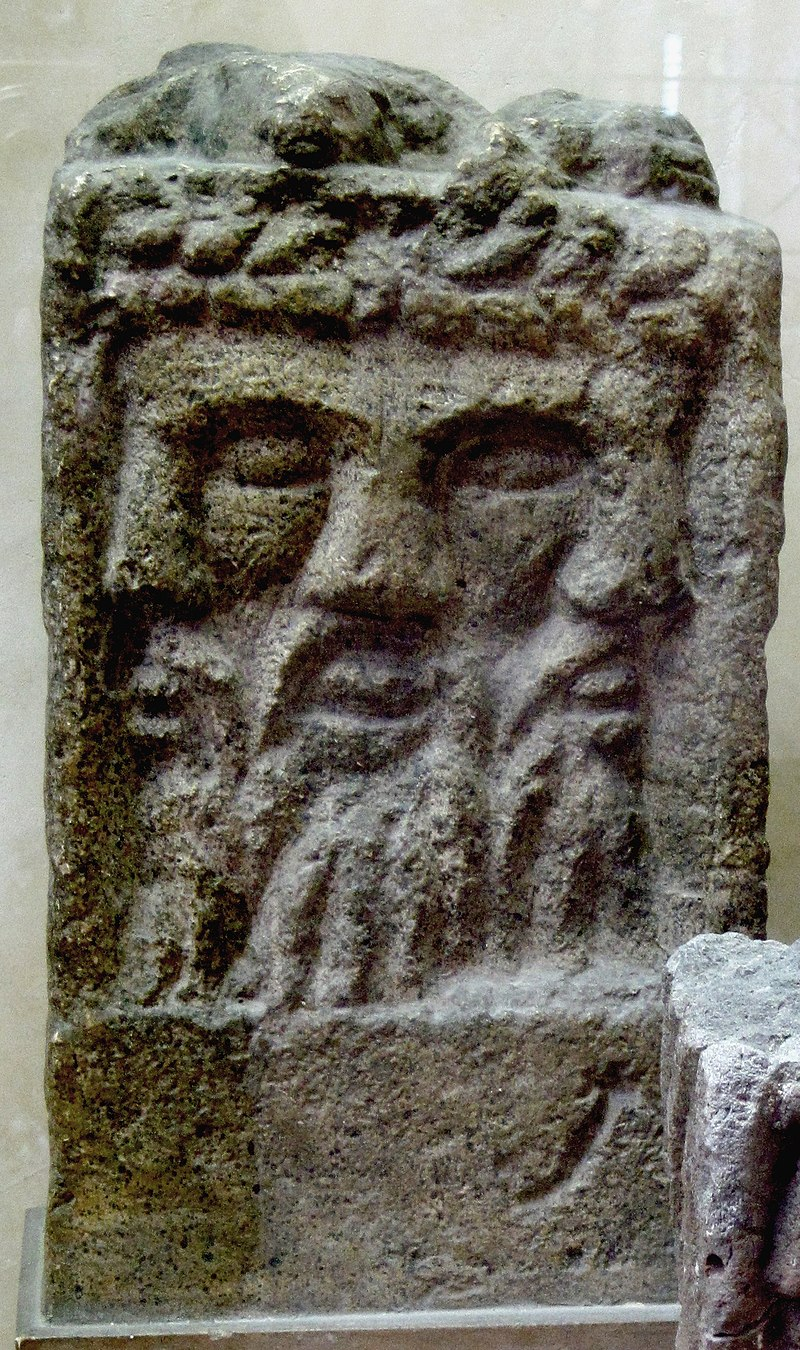 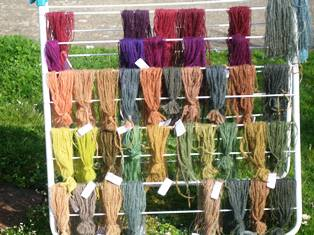 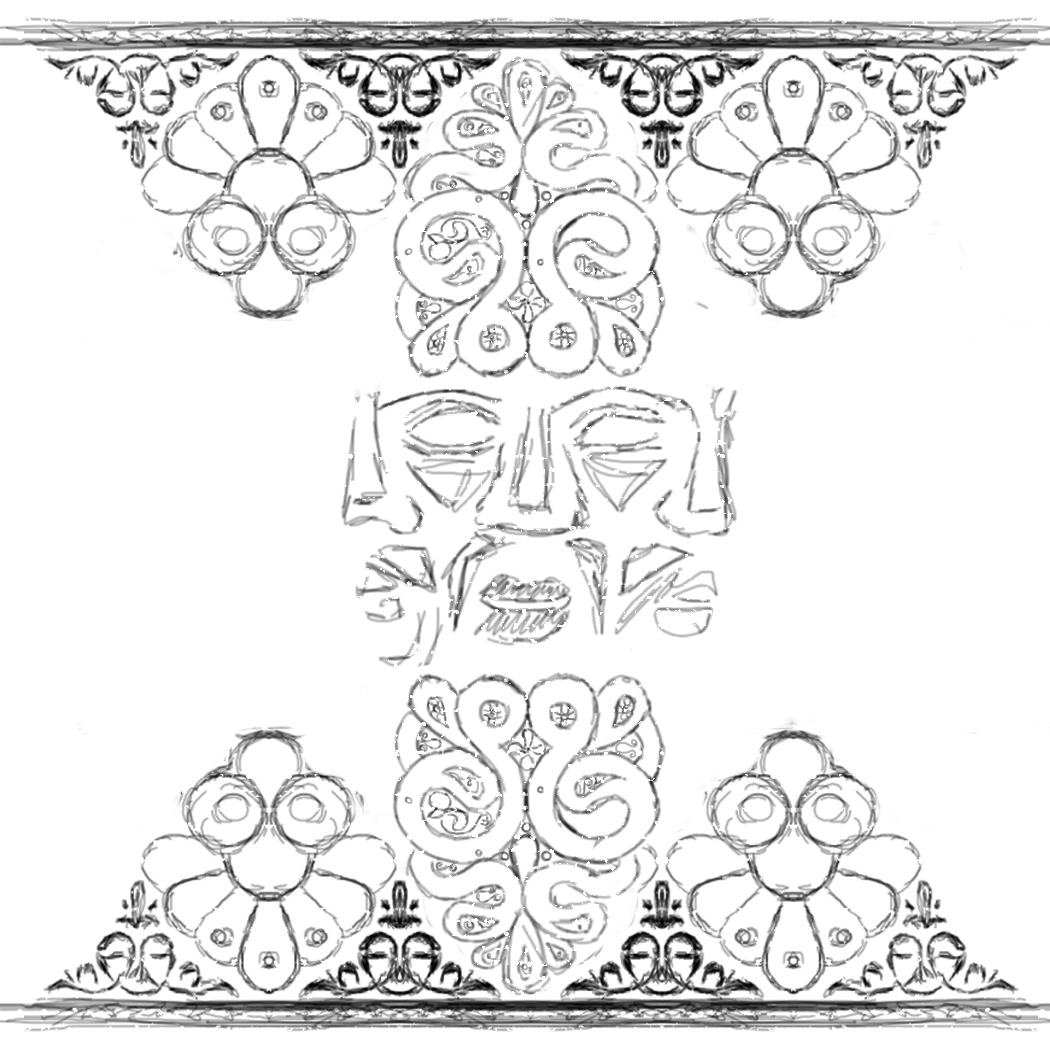 Early on in the process, I realized I was going to run out of the type of floss I needed to complete the entire piece. I had to change my stitching method to a different one which can be less solid, but uses about 50% less floss. 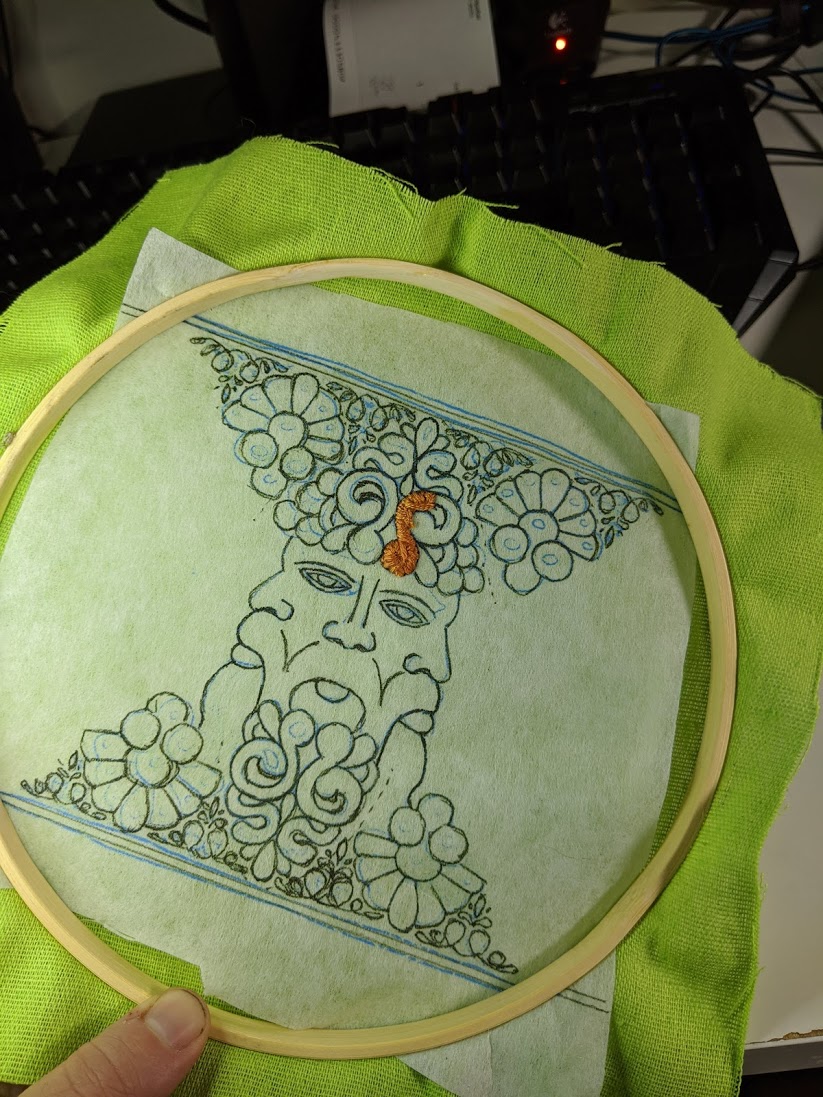 Sketch applied to the backing, plus old and new stitching method.

I was able to complete almost all the stitching using this method without running out of floss, except for the decorative “flowers” on the bottom which were going to mirror the ones at the top.

At this point, I was very discouraged since I was using a non-standard colour of floss strand, and I had to either continue with a colour that didn’t match, or wait 3 weeks to get a colour matching card book, and then another 3 weeks for the floss itself (hoping it would match sufficiently). I asked for help from Lugus on what to do since the piece was for him after all, and he told me that it was more important for the piece to be completed than for it to be perfect.

This line came back to me from him again multiple times throughout the project when I had felt like I made a mistake or like I was not making good progress, he continued to encourage me to finish and just get through it. This was a really important bonding experience for me, because it’s something I always struggle with in my art: I get hung up on the details and I get discouraged with my work and any small problems, and I give up to instead start a new project… and the cycle repeats.

It makes a lot of sense to me now why Lugus had come to me. Based on my experience with him, I feel that he is very encouraging but also firm. He made me understand that perfection is not progress, and progress is not changing the wheel every time it gets stuck. It’s slow sometimes, but you get the wheel unstuck and you keep moving forward, always forward, and even if you feel like you’re going in circles sometimes you are still learning something.

Despite the issues and errors that occurred with this project, I’m very pleased with the final result and to have a full piece dedicated to Lugus:

This online convention will begin at 2pm ET and will run throughout the day. Please note that this page will be updated as details change so be sure to check back often!

Cunobelinus Betullicnos has been a Gaulish Polytheist for several years, operating the Gaulchat Discord server and is the current Uercobretos of Touta Galation. While a dedicant of Belenos, he is particularly interested in the modern Cernunnos discourse and is adamant about bringing the Gaulish custom to a larger audience.

Presenting: Cernunnos: Beyond the Horns

This presentation will dive into both the ancient and recent past, uncovering how exactly the modern interpretation of the Gaulish deity has transformed significantly from how the ancient Celts worshiped this liminal dewoi.

Not long after becoming a Gaulish Polytheist, Artocatos has been devoted and called to reconstruct the beliefs and traditions of the Helvetii Tribe of Gaul, along with other Swiss and Transalpine tribes.

Who are the Helvetii? In his presentation, Artocatos answers why he reconstructs their practices, culture, their gods, and how he goes about reconstructing them. He will also be answering the question on why it’s important to do tribal reconstructions in general.

Nellos is a Galatis from Ohio. One of the founders of Bessus Nouiogalation (BNG) and a member of Toutâ Galation (TG).

Presenting: By the Snake and Star: a Presentation on Sironâ

This presentation is about the goddess Sironâ. It discusses historical knowledge, how to piece together evidence, along with conjecture to present a well rounded understanding of Her.

An Introduction to Gaulish Polytheism will be a short, concise introduction to what is known of the ancient Gaulish worldview, as well as a number of deities shared across multiple tribes and regions.  Topics covered will include Cosmic Principles, the Three Worlds, sacredness and holiness, various virtues, words for Fate, Dewoi, Toutatis, Matronae, Talamonodêuoi, Dusioi, and Anderoi.  Information provided will be simple, easily digestible, and practical where appropriate.

Branos Carnutodrûidon is a devout Galatis, seer, and crafter. Known for the handmade craft from his workshop and forge, as well as the work into creating a reconstructed Druidism within the Gaulish community. Devoted to Sucellus, he operates the Carnutian Workshop and is has been studying druidry for many cycles.

Presenting: Live at the Forge

Accompany Branos Live At The Forge as he takes you through his metallurgical process and its connection to the divine. He’ll tell you of the gods, the Gaulish world, and if you’re lucky, perhaps he will pass on some wisdom too.

Leton Bebronas is a fully fledged member of the Toutâ, completing their datlâ certification less than a month ago. Hailing from Belgium, they are well known for sharing a multitude of stunning pictures from their visits to nearby archaeological sites and museums.

I made a devotional drawing of Sucellos. It is a companion piece of my previous Nantosuelta drawing.

(The completed piece for this lesson. Due to the camera, and with the screen as a variable, the colors *could* be duller than it is in reality.)

Sucellos is a god of life and death. Of what grows on the earth, of the underworld and it’s fertility.

This is not a typical depiction, not traditional. It is not a humanoid (not really) depiction. I am not sure of how to describe what it is. More literal animist aspect probably? Symbolic is highly present. Aside from what is used from attested iconography, I make my own which means I need to focus on the deity, and follow my guts. I love that kind of work, because I believe that the gods can have many shapes.

Aside from the attested iconography I used, I had to make my own due to the nature of this depiction. Drawing aspects of a god in a more literal way. It is also a matter of not only relying on history books, but also on what i feel from it. Aside from this, I tried to balance the colors. Not too dull but not a literal rainbow.

(Sketches, trying out some visuals and deciding of the elements)

(Scaling of the selected final visual)

It’s companion piece, that I made some times ago.

The culture contained gods, stories, crafts, song, combat styles, language, and within only a few years of horror, much of that was gone. But here we are today, and within the span of a generation we are slowly collecting those pieces shattered two millennia ago.

The Touta begun only within the past few solar cycles, and we’ve taken that time to organize ourselves, and be ready for an emergence. We will become the roar of Gaulish Polytheism, the voice in Celtic Paganism, a sound of Paganism, and a known religion of the world.

But why drive ourselves forward? Make ourselves known? The world isn’t a Dark Forest, and we believe we have something to offer. A welcoming polytheism community, that’s racist free, with ties to the ancient but also prepared for the future. We will learn about those gods, remake the stories, language, crafts, combat styles, and songs. We are Galatis.